Food And Anger – Is There A Connection

Food And Anger – Is There A Connection

Do you feel angry or vengeful all the time? Do you feel like hitting the roof when your point is not taken? Do you feel all heated up with clinched fists when angry?

If you agree to the above questions then you are in need of some rage management….through food. Yes, no kidding food has the power to heal diseases and even the toughest of emotional issues. Anger is one emotion which is healthy as well as unhealthy. If used in a constructive way anger can be beneficial to relationships, social issues and even to your health.

Gary Ginter, a psychologist specializing in anger management sheds light on the causes of anger: physiological, cognitive, and behavioral.

Physiological anger is natural anger. In certain threatening situations, for instance when we are attacked physically, our bodies respond by making us physically angry. Cognitive sources of anger are based on how we perceive things. These perceptions may be accurate, a situation may, indeed, be threatening, or it may not be. Sometimes we will perceive a threat, even though the external situation is not actually as dangerous as we think it is. In other words, there may be no real reason for anger, but our personal biases and emotions take over, leading to aggression. Finally, behavioral sources of anger come from the environment we create for ourselves. Chronically angry people create an atmosphere in which others are aggressive in return, creating a cycle of anger.

So the question is where does food come into the picture. Well i say eating a particular kind of diet can trigger or suppress the angry feeling. According to Ayurveda food is tamasik, sattvic or rajasik in nature. The type of food you eat affects your overall body constitution and personality to a great deal. Here’s a look into each of the three types of diets and how they affect you.

Rajasik Diet– The rajasik food is fresh but heavier than the sattvic food. These foods are hot, bitter, pungent and sour to taste. Foods like tea, coffee, bell peppers, cauliflower, green chillies are all considered to be rajasik. This type of food is known produce feelings of jealousy, anger, delusion and ego.

Tamasik Diet– This is the most unhealthiest of the three. Foods made up of refined flour, chocolates, aerated drinks, tobacco, alcohol, fried foods, processed and canned foods, meat are considered to be tamasik in nature. These foods generate insecurities, mood swings and negative feelings.

So if you want the red eyed beast to sleep, then follow a sattvic diet with a little meditation. You’ll see how quickly things will change for you. It is said you are what you eat..it holds quite true actually. Just try observing people around you and their eating habits, you’ll see how true holds the saying ” Food is nature’s doctor.”…i would call it that. 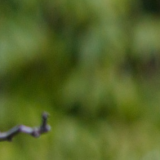 My name is Richa Bhatnagar and I am a dietician by profession. I have my own practice in India. I consult all those eager to get healthy and fit. The Chinese call it Zen, the soul, where you belong. I would say for me it's helping others to get healthy. Dedication and knowledge are the two tools I go by. I hope my blog clears out doubts, raises questions, and gives out helpful information.

What to do if you have binged in the middle of your perfect weight loss diet?